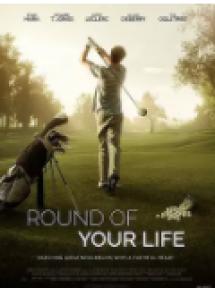 剧情介绍:<p>Fifteen year-old Taylor Collins is a golf legacy. The son of a PGA veteran, the younger brother of a PGA rookie, he has all the talent in the world-but wants nothing to do with golf or the pressure of being the next in line. After Taylor purposely blows his tryout for the school team, his disappointed father takes a drive that ends in a texting-while-driving accident and lands him in a a. Taylor blames himself and, with the guidance of his brother and the prayer support from his mother Jenny and newfound crush Bailey, makes it his mission to get back on the team and bee the first freshman in state history to lead his team to a state championship. Faith, hope, and love bring Taylor and his family closer than ever and he learns that the greatest way to honor his father and his God is to embrace the gifts and talents he was given.</p>